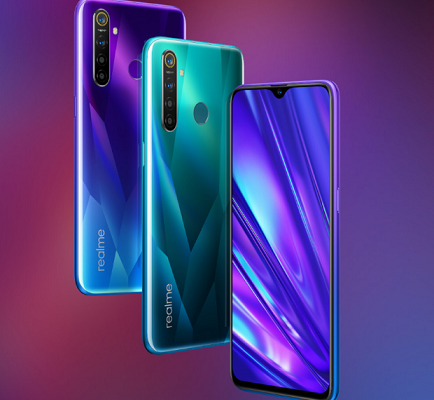 Most exciting feature of Realme XT is 64MP Primary camera, Realme XT would offer 8MP ultra wide-angle lens, 2MP macro lens and a 2MP depth sensor. It also has 16MP selfie camera. In addition to the cameras it has a 6.4-inch Super-AMOLED display with a waterdrop style notch with display fingerprint scanner. Phone will be processed with Qualcomm Snapdragon 712 SoC and paired with 4GB RAM and 64GB storage. It will have two more variants 6GB RAM and 64GB storage and 8GB RAM with 128GB storage. The device has USB-C port and 4,000 mAh battery with support for 20W VOOC 3.0 fast-charging.

Realme is launching lots of phones and variants with amazing price ranges and choices. With such a great price ranges Realme has made it possible for tech-savvy buyers to replace their phones as frequently as twice a year. Realme has focused on Indian market.

Although, Realme has not announced pricing for the Realme XT yet, but we can expect it near to Realme 5 Pro and Realme X that may be around 16,999 INR. Company can make it available for sale during the end of September in India. So, It would be really exciting to know how this device will add more badges to the shoulder of Realme brand.

Top 5 WhatsApp New Features that you must know